Topping out for Kangaroo Works in Sheffield City Centre 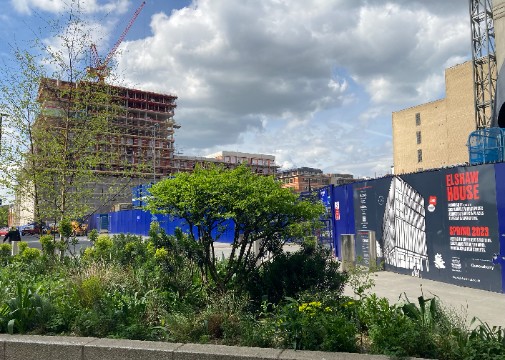 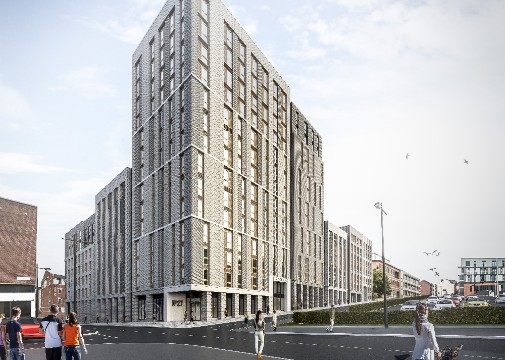 The Kangaroo Works development on Trafalgar Street, which forms part of Sheffield City Council’s Heart of the City programme, has been gathering momentum in recent months and now the building’s concrete frame has reached its highest point – 46 metres from the ground.

A joint venture from US investor Angelo Gordon and real estate experts Ridgeback Group, Kangaroo Works will see an injection of 365 high-quality homes into the city centre.

A mix of one, two and three-bedroom apartments, with five commercial units included on the ground floor, the block’s design features a distinctive brick façade that nods to the site’s former industrial heritage. The stylish urban development is complemented by a landscaped central courtyard and rain garden.

“This has been a challenging city centre site so we’re absolutely delighted to reach the highest point of the build on track. It’s been a great achievement by the team and today was a nice opportunity to showcase the progress we’ve made to date. Kangaroo Works is one of the largest residential schemes in South Yorkshire and, as a local business, we’re proud to be involved.”

"This part of Sheffield is undergoing rapid change and it is exciting to be involved in the delivery of one of the key sites within Heart of the City. We are looking forward to welcoming new residents in 2023."

Kangaroo Works is due to be completed in the first half of 2023. The development sits alongside other key projects within Heart of the City, including Pound’s Park, Elshaw House and Cambridge Street Collective.